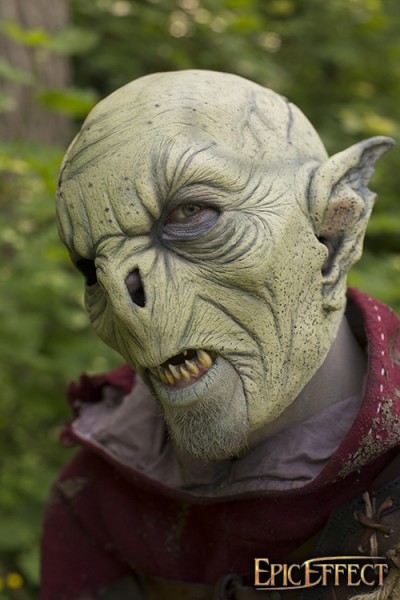 Reset selection
Description Evaluations 0
Description
War is all that you know. For your clan, war is a permanent state of being. Just as you need... more
Close menu
Product information "Feral Orc Mask"

Epic Effects’ Green Feral Orc is a full Orc Mask with an animalistic appearance, perfect for the orc who has gotten in touch with his inner-beast. This mask has an orc’s distinct features, including: a low, furred brow, serrated pointy ears and a rounded nose with nostrils drawn up in a sneer. The shape of this mask is skull-like, with leathery skin modeled with creases, deep eyes, and lined cheeks with expressive cheekbones. Hand painted scars and heavy veins add detail to a dark green complexion, achieving an aggressive appearance while also maintaining realism.